Do you take me entirely for a Windsor? 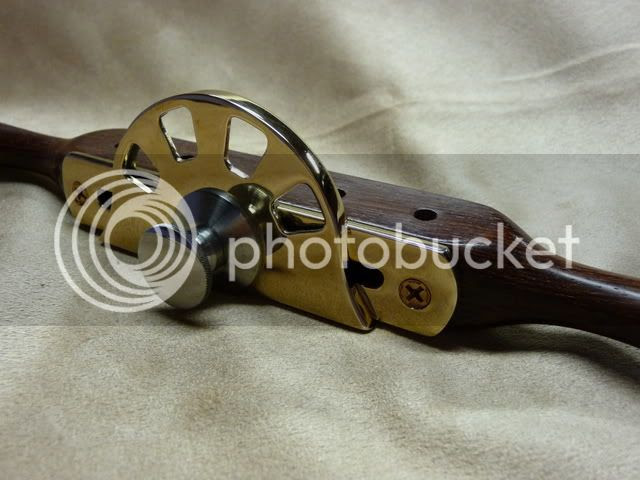 A few years ago, I stumbled across a website by a guy who lives near Kansas City, Missouri. I don't remember exactly how I found it - I believe I was searching for a beading tool or an inlay tool, probably something along the lines of a Preston router.

Anyway, whatever I was searching for, I found Kevin Brennan, owner of the Kansas City Windsor Tool Works, instead! And Kevin happens to make copies of a wonderful old tool called a Windsor Beader (also known as a Poole and Williams Beader). I contacted him to find out pricing and availability, but he replied that his first batch of the beader had already sold out.

I told him to let me know if he was to ever run another batch and then I guess I forgot about it...

Two years later, some time around January or February of this year, I got an e-mail from him. He said he was gearing up for another production run and that I should let him know if I wanted to pre-order a beader! That was about the time I'd started thinking about what I might want by way of a birthday present, so I discussed it with the wife and she agreed to let me place the order.

Originally, the batch was supposed to be ready some time around the beginning of June, just a month after my birthday, but some slight hiccups in the production process (part manufacturing, I believe) forced Kevin to push some of his deadlines back a bit. So it didn't actually arrive until last week. 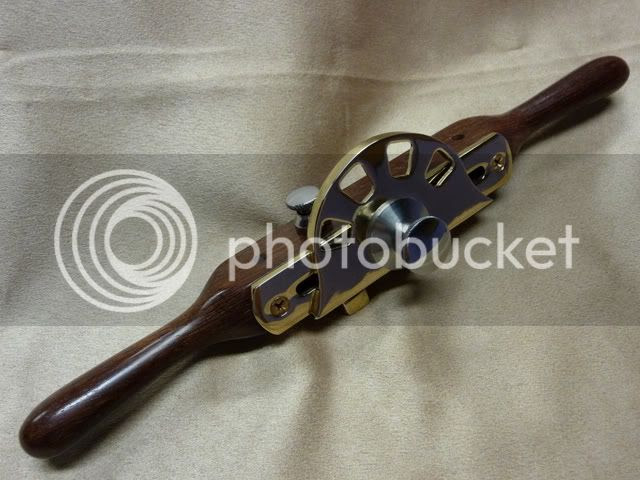 And tonight I finally had time to pull it out and take some pictures of it for you. I wanted to actually put a cutter in and cut a bead, but he recommends sharpening the cutters before you even put them in the first time to remove little bits of slag that might remain on the edge from the cutting process. That slag could scratch the wonderful polished bronze... and I'd rather give it a few weeks of pristine appearance before I bugger it all up. But sharpening the cutters involves polishing the flats and then honing the edges with slip stones and I just haven't had the time to get that done. So for now, you're just getting pictures of the tool.

After a day of pawing at it and messing around with the different fences, I put it away. When I pulled it out again the next morning, I noticed I'd left finger prints all over it! That wouldn't do. On Sunday, my wife and I were shopping and we walked past a jewelry store. I went inside and asked them if they had any polishing cloths available for sale. As it turns out, the store was having a grand opening that day, so they gave me a cloth for free. Score! Now my bronze is all nice and shiny again. 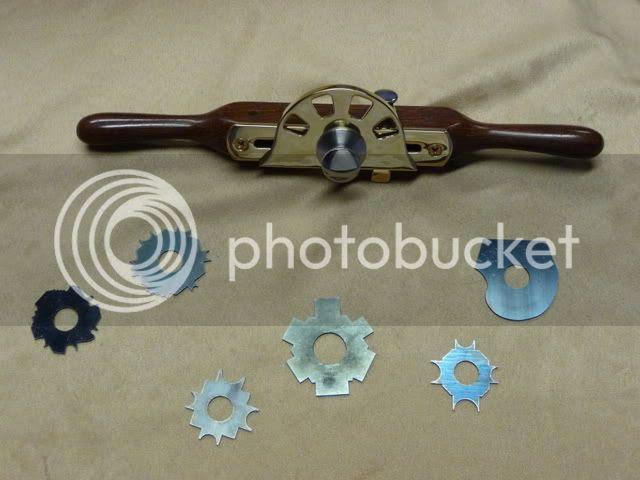 This evening I found a great article Kevin had written for one of my favourite on-line woodworking magazines - WK Fine Tools. In the article, he goes over the steps to shaping one of the edges of the blank cutter (in the center of the picture to the right) that comes with the beader. I'll have to be sure and print that out tomorrow when I have access to a printer and stick that in with my paperwork for the tool. I picked up an additional blank cutter (not photographed), just in case. You could also use part of an old saw blade for blank cutters, but... it was just easier to have Kevin throw another blank into the box.

Whoa! That is a beautiful tool! You totally scored. I have the L-N beader but it's different than this one. Cool concept with the wheel idea—it allows you to fit more profiles on a cutter.

Maybe you should wear gloves when you use it so you don't get any more fingerprints on that pretty tool. ; )

It is certainly easy to visualize! I could make a small compartment for extra gloves in the plush purple velvet lined storage box I was thinking of making for it.